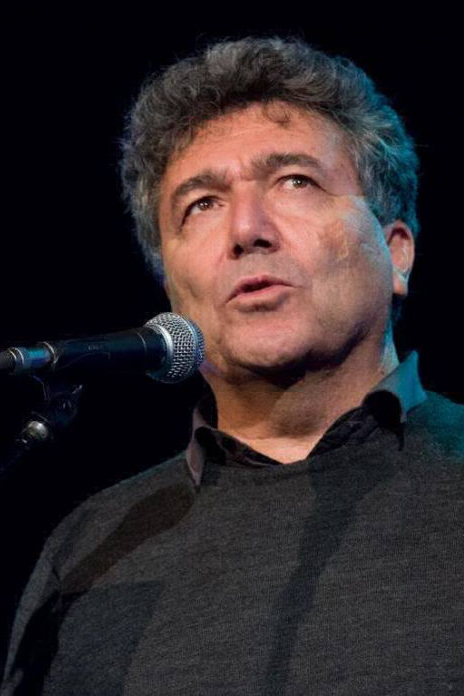 Ak Welsapar was born in 1956 in the former Soviet Republic of Turkmenistan. He received his Master’s degree in Journalism from Lomonosov Moscow State University in 1979. In 1987, Ak Welsapar became a member of the Soviet Writers’ Association and received his second Master’s degree in Literary Theory from the Maxim Gorky Literature Institute in 1989.

During the perestroika in the USSR he published many investigative articles about colossal ecological problems in Central Asia, mostly caused by the overuse of pesticides needed for cotton production. The consequences of this were terrible and even resulted in the Aral Sea drying up.

The writer left Turkmenistan in 1993 and lives and works since 1994 in Sweden, where he is a member of the Swedish Writers’ Association. He has also been an honorary member of the International PEN-Club since 1993. Ak Welsapar writes in Turkmen, Russian and Swedish.

He has contributed articles to such journals and newspapers as Literaturnaya Gazeta, Druzhba Narodov, Soviet Culture, The Washington Post, and many others. He is the author of more than 20 books. He made his debut as the author book of poetry called Which of Us Will Dive Deepest (1982). His publications continued with The First Drop (1983) and in 1984 his novel The Melon Head was awarded a prize in a Turkmen national literature competition.

Ak Welsapar is the author of Cobra, The Tale of Aypi and The Revenge of the Foxes

At present his novel Cobra is being translated into English for publication. These novels have gained recognition in countries such as Sweden, England, USA, Australia, Russia, Turkey. These novels have also received superb reviews and articles in the prominent literary periodical “World Literature Today”, published quarterly in the US. Joseph P. Mozur from the University of South Alabama wrote about of novel Cobra: ”Cobra is a must for all specialists of Central Asia and a great read for anyone interested in the psychology of despots.”

In 1993, persecuted in their homeland for independent judgments, the writer, was adopted as an honorary member of the International PEN Club, and in 1994 was awarded Human Rights Watch's grant-award for independent work. Ak Welsapar was awarded a prize from the Moscow Organisation of the Russian Writers’ Union "Golden Autumn" by the name Sergey Yesenin for the poetry book The Pain of Eternal Uncertainties (2012) and was awarded with the Ukrainian literature prize “Triumf” by the name Mikola Gogol for the novel book The Emerald Shore (2014). He was also rewarded for his book The Tale of Aypi with Swedish Culture Prize in 2016.

Ak Welsapar is one of the most famous modern writers of Central Asia.